Showing posts from March, 2022
Show all

Apple could soon turn the iPhone into a recurring subscription service 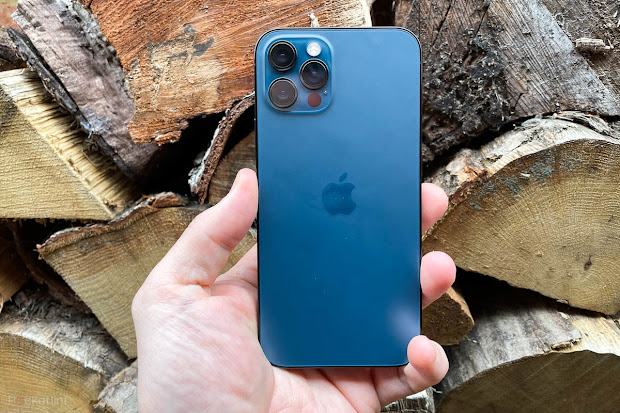 Apple is working on a way for users to acquire iPhones as part of a subscription service, according to   Bloomberg . The service could launch as soon as this year, but it could also arrive in early 2023. The new offering would fit neatly into Apple's ongoing efforts to emphasize recurring subscription revenue. That model has worked well for big tech companies like Microsoft, which earn most of their revenue from subscriptions, albeit mostly not hardware ones.   Microsoft offers a hardware subscription   for the Xbox Series S console , though, and that subscription might be similar to what we would see from Apple with the iPhone. Users pay for an Xbox in installments with a flat monthly fee that also includes online and software subscription services like Xbox Game Pass. Apple already offers the Prime-like   Apple One   subscription service that includes (depending on the specific package) Apple Music, Apple TV+, Apple Fitness+, and so on. And there's a program called the iPho
Post a Comment
Read more 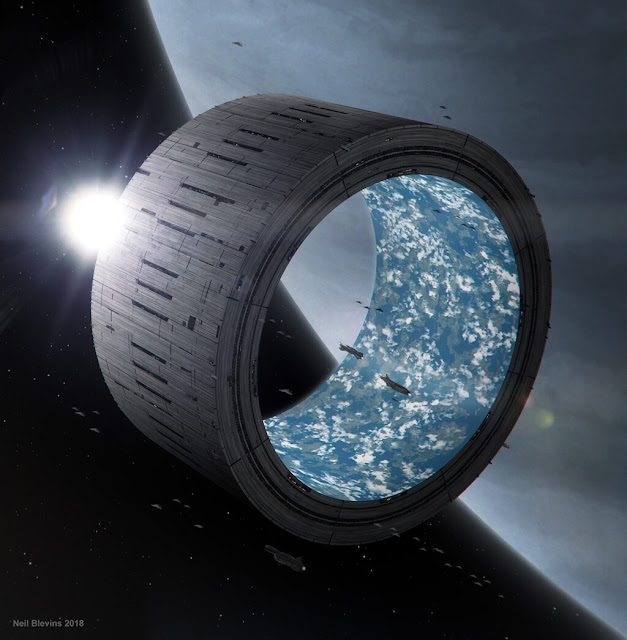 A Bishop Ring is a type of hypothetical rotating space habitat originally proposed in 1997 by Forrest Bishop. Like other space habitat designs, the Bishop Ring would spin to produce artificial gravity by way of centripetal force. The design differs from the classical designs produced in the 1970s by Gerard K. O'Neill and NASA in that it would use carbon nanotubes instead of steel, allowing the habitat to be built much larger. In the original proposal, the habitat would be approximately 1,000 km (620 mi) in radius and 500 km (310 mi) in width, containing 3 million square kilometers (1.2 million square miles) of living space, comparable to the area of Argentina or India. Because of its enormous scale, the Bishop Ring would not need to be enclosed like the Stanford torus: it could be built without a "roof", with the atmosphere retained by artificial gravity and atmosphere retention walls some 200 km (120 mi) in height. The habitat would be oriented with i
Post a Comment
Read more

In 1993, a South Korean professor successfully built and tested a self-driving car, which traveled more than 300km 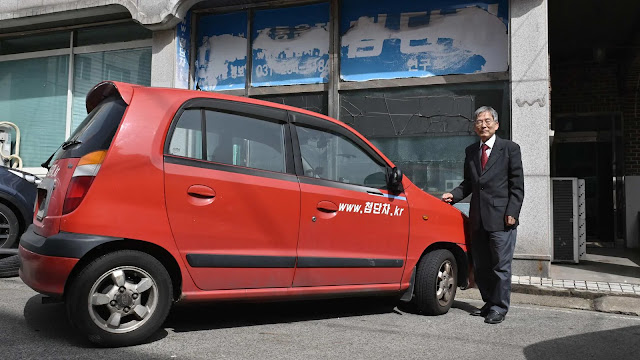 South Korea: Decades before the race to build a self-driving car became a multi-billion-dollar contest between tech giants such as Tesla and Google, In 1993 a South Korean professor successfully built and tested a self-driving car, which traveled more than 300km from Seoul to Busan, on the most heavily traveled expressway in South Korea. The government saw no future in the tech and cut funding to his research.
Post a Comment
Read more

The cosmic speed limit nothing can travel faster than 300,000 kilometers per second 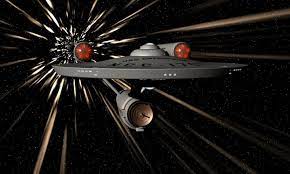 The cosmic speed limit     Nothing can travel faster than 300,000 kilometers per second (186,000 miles per second). only mass less particles, including photons, which make up light, can at that speed. it's impossible to accelerate any material object up to the speed of light because it would take an infinite amount of energy to do so. The speed of light is widely known to be the absolute pinnacle of movement. When Albert Einstein first entwined mass and energy in his Theory of Relativity, it basically established the Universe’s speed limit at 299,792 kilometers per second (186,282 miles per second). According to Einstein, nothing in the Universe that has mass could either match, or move faster than, light. But that doesn’t mean that nothing can move faster than light. In truth, physicists have discovered a number of phenomena that have the ability to match, and actually beat (in specific respects), the speed of light. And there are several theoretical models that posit spe
Post a Comment
Read more 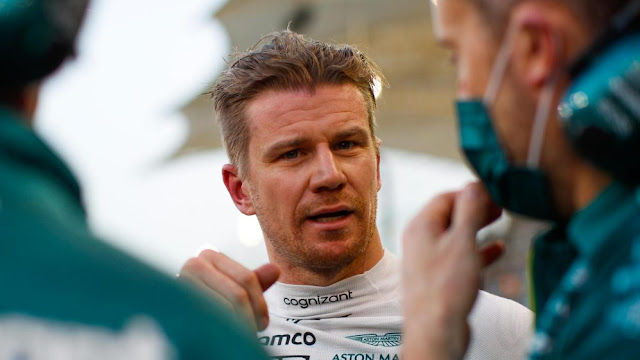 Nico Hulkenberg played super-sub once again as he replaced Sebastian Vettel for the season-opening Bahrain Grand Prix – and after that challenging debut in the 2022 car he stays ready in case of a call-up to Saudi Arabia. Hulkenberg was drafted in place of Covid-positive compatriot Vettel for the Bahrain Grand Prix having found out on Thursday that he was due to step into the car on the following day. The 34-year-old will remain in the region in case he’s called up to replace Vettel for this weekend’s Saudi Arabian Grand Prix. “We don’t know yet [if Vettel will race]. I think it’s a matter of waiting a couple of days, seeing how Seb is. If he’s fit to race or not, I’ll be in the area anyway, to be ready and on standby,” said Hulkenberg. Before his return to F1, he admitted he’d had “zero” experience racing over the last year. After finishing 17th in Bahrain – Pierre Gasly and the pair of Red Bulls having retired late on – Hulkenb
Post a Comment
Read more 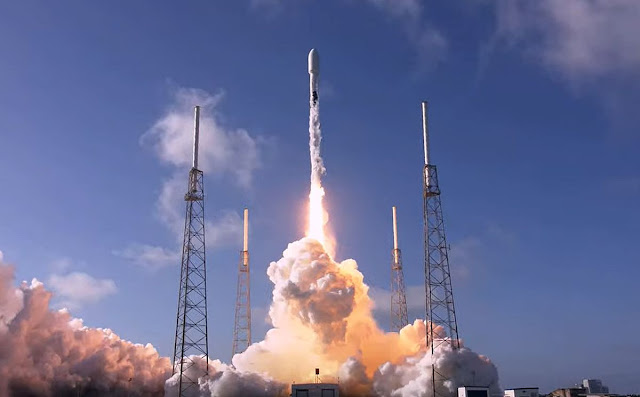 SpaceX launched yet another batch of Starlink internet satellites, despite a recent warning from NASA that the satellites might impede the scientific community's ability to detect a catastrophic asteroid heading towards Earth.   SpaceX launched 48 Starlink satellites on Wednesday, March 9, aboard a Falcon 9 rocket that took off from Canaveral Space Force Station in Florida at 08:45 EST (15:45 GMT). The rocket's first stage successfully returned to Earth for landing on SpaceX droneship 'A Shortfall of Gravitas'. Last month, NASA submitted a five-page letter to the Federal Communications Commission detailing why it was against SpaceX's plans to send more than 30,000 Starlink satellites into orbit. In the letter, the NASA scientists said "an increase of this magnitude... brings additional risk of debris-generating collision events based on the number of objects alone." The U.S. space agency also warned that the satellites will also negative
Post a Comment
Read more 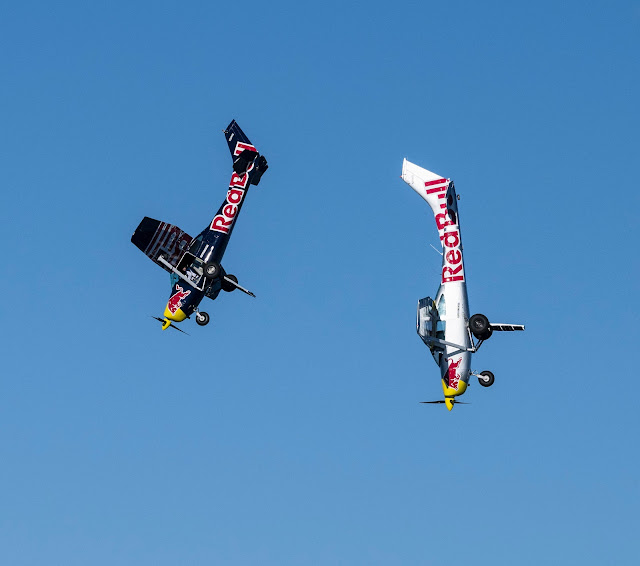 It will be webcast live next month.     Mark your calendars! Red Bull’s air force is ready yet again to provide us with an unforgettable experience. Luke Aikins and Andy Farrington will test their skills in a courageous display of trust and shrewdness. It has never been attempted before, and you’ll be able to watch the entire thing live. On April 25, two pilots, Luke Aikins and Andy Farrington will jump out of their single-seater aircraft and attempt to switch planes as they plummet towards the Earth, energy drink company, Red Bull has announced on its website. Red Bull is no stranger to such daring attempts. Rather the company prides itself in supporting adventurers who want to achieve extraordinary feats. Whether it is flying planes inside tunnels or jumping in and out of a volcano with nothing but a wingsuit, Red Bull is at forefront of supporting these daredevils and next month is no different.    The aircraft used for this event, called “Plane Swap,” went through some
Post a Comment
Read more

The world's largest aircraft, the Antonov AN-225, has been destroyed during the Russian invasion of Ukraine 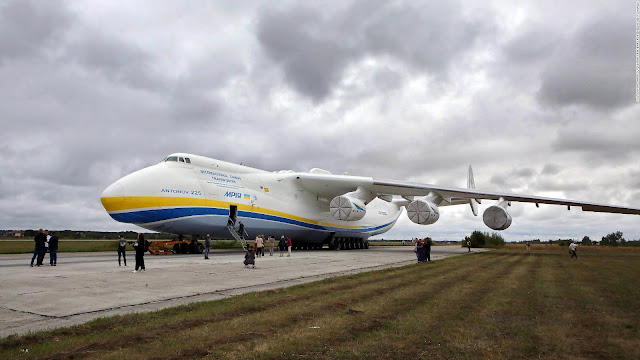 The world's largest aircraft, the Antonov AN-225, has been destroyed during the Russian invasion of Ukraine, according to Ukrainian officials, 🇺🇦generating alarm and sadness among the aviation world in which it occupies almost cult status. The enormous aircraft, named "Mriya," or "dream" in Ukrainian, was parked at an airfield near Kyiv when it was attacked by "Russian occupants," Ukrainian authorities said, adding that they would rebuild the plane Ukrainian state defense company Ukroboronprom, which manages Antonov, on Sunday issued a statement saying the aircraft had been destroyed but would be rebuilt at Russia's expense -- a cost it put at $3 billion. "The restoration is estimated to take over 3 billion USD and over five years   largest cargo plane in the world With a wingspan of 290 ft and a length of 275 ft (88 by 84 mt), the Antonov An-225 is a true monster of the skies. This giant plane weighs around 285 tonnes when emp
Post a Comment
Read more 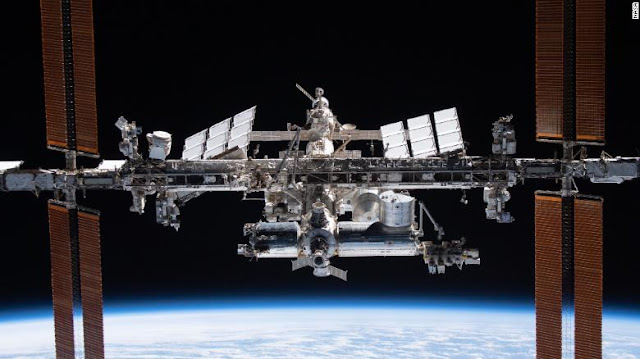 NASA intends to keep operating the International Space Station until the end of 2031, after which the ISS would be crashed into a remote part of the Pacific Ocean known as Point Nemo, according to newly published plans outlining its future.  For over two decades, the International Space Station (ISS) has been orbiting Earth at a speed of about eight kilometres per second, while an international crew of astronauts and cosmonauts onboard conducted groundbreaking scientific investigations that have thrown open the doors for deep space exploration. But now NASA has announced that the spacecraft will cease operations in 2031, after which it will fall out of orbit and plunge into the waters of the South Pacific Ocean.   History of International Space Station: Launched in 1984 , the space lab has orbited 227 nautical miles above Earth with more than 200 astronauts from 19 different countries enjoying stints aboard -- representing a continuous human presence in space. The Inte
Post a Comment
Read more

Most Expensive Mistakes ever made 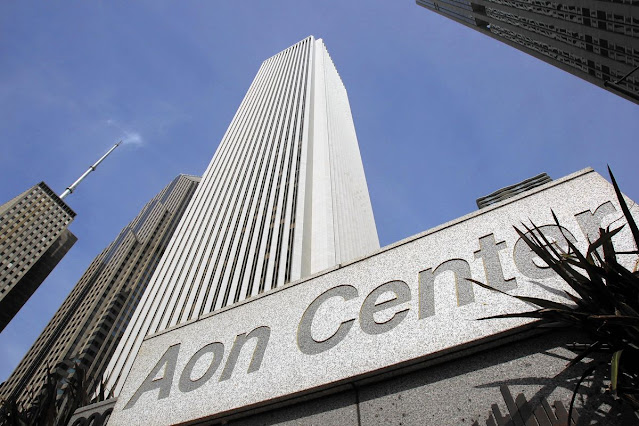 The  Aon Center (200 East Randolph Street,  formerly Amoco Building) is a modern supertall skyscraper in the Chicago Loop, Chicago, Illinois, the United States, designed by architect firms Edward Durell Stone and The Perkins and Will partnership, and completed in 1974 as the Standard Oil Building. The marble that clads the  Aon Center  Building came from Italy`s Carrara Mountains  has been treasured since well before the time of Michelangelo, who sculpted his masterpiece David from a block of the   nearly unblemished white stone from 1501 to 1504 . Marble`s use as a cladding material is much more recent.   Due to being clad with Carrara marble, the building looks totally different and very beautiful   The material was beautiful but stood up poorly to the wild temperature swings of Chicago weather.  Some marble fell, and others cracked, so about 20 years later, its exterior was replaced entirely with airy granite, costing about $80 million. Gold Mine for Sale In 1867 Russia thought
Post a Comment
Read more

Top best interesting World facts     1. Witwatersrand  Nearly half of the gold ever mined has come from one place  Witwatersrand, South Africa    2. The oldest door still in use in Rome      The oldest door still in use in Rome at the Pantheon. Cast in bronze for emperor Hadrian's rebuilding, the doors date from about 115 AD. Each door is solid bronze, 4.45m wide by 7.53m high, yet so well balanced they can be pushed or pulled open easily by one person.   3. Statue of Liberty The Statue of Liberty was made with copper, but due to oxidation, it changed to green      4. MRI Scanner Japanese scientists have discovered a method to record your dreams by means of the Magnetic Resonance Imagining scanner (MRI Scanner) . In this digitalized era, the development of science and technology has transcended all the boundaries making everything possible to achieve.   5. Suneung: The day silence falls over South Korea All across South Korea, at exactly 08:40 local time (23:40 GMT Wedn
Post a Comment
Read more
More posts